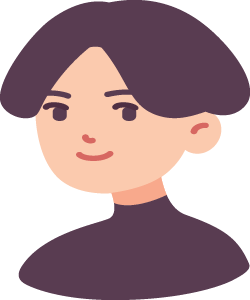 After purchasing your forever home, you may find t …

Do You Need To Demolish Your Home? 3 Signs You Need Demolition Services
10 January 2023

Some old buildings hold sentimental value and have …

Steel Building Construction: How To Tackle This Project Confidently
28 December 2022

Commercial spray foam roofing is a good option for …

Typically, there are two ways of resolving a boundary dispute. One method involves going to court to settle the dispute via litigation. The second option consists of using a boundary conflict mediator to negotiate the situation and arrive at an amicable solution. A mediator is a person who is a neutral party in the dispute. Thus, they have no vested interests in the conflict, making them ideal for bringing both parties to a table to discuss the dispute and find an impartial solution openly.

Though both methods of boundary dispute resolutions are viable, using a boundary conflict mediator is better than litigation for the following reasons.

Taking a boundary dispute to court involves various court expenses as well as hiring litigators. Litigators do not come cheap, and thus, both parties involved in the boundary conflict will have to cater to the costs of filing the dispute in court and paying their litigators.

However, a conflict mediator may be willing to mediate discussions between both parties involved in a boundary dispute without asking for money in return. Even if the boundary dispute mediator charges a fee for their services, their costs are usually significantly less than what you would pay for litigation.

If one party intends to start construction, but the boundary dispute is in the way, they may have to wait for years before they can commence the building as they wait for the conflict to get resolved.

In most cases, a boundary dispute mediator can help you resolve the issue in a matter of days or weeks. Thus, if you intend to start construction after the dispute is settled, you don't have to wait for a year to start.

During a boundary dispute litigation case, the lawyers of the parties involved tend to try and sway the court in favor of their client's interests. As a result, there is usually a winner and a loser at the end of the litigation. Therefore, the losing party may have bad blood against their neighbor who won the case at their expense.

However, both parties strive to find an amicable solution for the dispute in a boundary dispute in mediation. As a result, there are no winners or losers in mediation. Instead, every party involved walks away happy because the agreed-upon settlement favors all the parties involved.

Thus, using a boundary dispute mediator ensures no bad blood is left between the parties involved after the dispute is settled.